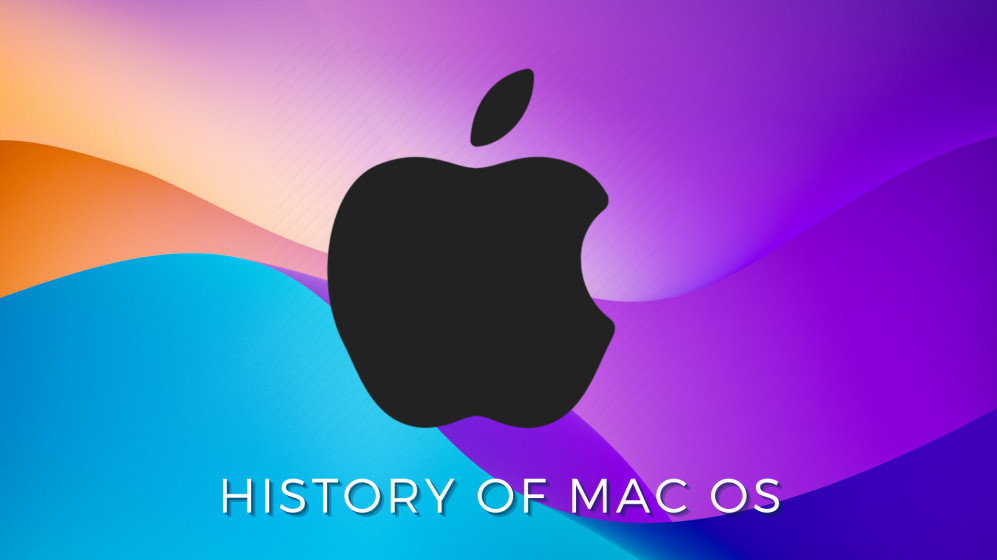 Today, Apple has established itself as the largest and most diverse product ecosystem in the computer industry. Right now Apple competes extremely well in the three most valuable sections, like smartphones, tablets, and smartwatches.

They always assure the quality of their products by maintaining a high standard which makes them unique in the industry.  That’s why they are able to compete so well in different categories simultaneously. Over time they are able to create a strong bond with their customers which eventually helps them to become successful.

But do you know Apple started its journey as a computer company named Apple Computer?  Yes in the year 1984 Steve Jobs first launched the Macintosh, the first commercial computer to feature a graphical user interface and mouse. It was the first easy-to-use machine created for people who may not be interested in technology.

In fact, Apple’s goal was to create a computer with appliance-like simplicity. And for that reason, there was no distinction made between the operating system software and the hardware it ran on.

In the earlier days, the OS does not name like MacOS or anything like this. Early versions of Mac OS didn’t have specific names. So to keep things simple, people began using system file version numbers to differentiate between the various OS iterations.

It was called the  Macintosh System Software, introduced with the original Macintosh computer. Then from system software 1 to mac OS 9 apple keep named their OS with numbers.

In 2000 they launched the 10th version of Mac OS and for the first time, the naming style changed from number to alphabet.

And after the release of MAC OS X, every version was released with a Codename.

The Classic Versions of Mac OS:

The classic Mac OS (System Software) is the series of operating systems developed for the Macintosh family of personal computers by Apple Inc. from 1984 to 2001, starting with System 1 and ending with Mac OS 9. The most unique part of this OS was it has a Graphical User Interface where you see the menu and options on the screen.

Let’s see all of them briefly…

It included a Finder, a file manager responsible for launching applications, and the overall user management of files, disks,
and network volumes. The menu bar was also a new and revolutionary part of the operating system. It had 5 basic headers on the desktop: the Apple menu, File, Edit, View, and Special.

System 1 also featured seven desk accessories like the Alarm Clock, a basic 10 button Calculator, a Control Panel, Key Caps, a Note Pad, a 15 piece slide Puzzle, and Scrapbook, which was like a cut, copy, and paste library.

Due to the absence of a Hard disk and a very low amount of ram the system 1 performs slow.

System 2 added support for AppleTalk which allowed a local network of Macintosh computers to be connected without the need for a centralized router or server.

It also introduced support for the LaserWriter and added a Hierarchical File System which allowed file directories to be searched quickly regardless of size.

It was introduced with the Macintosh Plus, officially implementing HFS, 800K startup drives, support for several brand new technologies including SCSI and AppleShare.

SCSI (small computer system interface)  is a set of standards used to connect and share data between multiple physical devices.

For the first time, the Macintosh operating system was offered as a distinct retail product that included four 800K disks and three manuals, at a cost of US$49.

The main feature of System 5 was MultiFinder, an extension that let the system run several applications at once, and an Installer, a tool that could be used to update a previous System folder to a new version.

System Software 5 was available for a short time and only in select countries.

System Software 6 served as a consolidation release of the Macintosh system software, producing a complete, stable, and long-lasting operating system.

One of the few features introduced was a utility called MacroMaker. It allowed users to record mouse and keyboard inputs.

On May 13, 1991, System 7 was released. It was a major upgrade that added a user interface overhaul, new applications, system stability improvements, and many new features.

One of the most significant features of System 7 is virtual memory support, an essential one, which only exists for previous Systems in a third-party extension like Connectix.

It has built-in cooperative multitasking and the ability to create aliases, similar to shortcuts that were introduced in later versions of Microsoft Windows.

Later systems 7.1, 7.5, and 7.6 were released mainly for bug fixing and stability improvements. New features are also added to system software.

After the return of Steve Jobs in 1997 as CEO, Apple released the “8” version of Mac. The focus was to keep the Mac OS future-ready and simplifies other complexity. Because of those times, apple was facing a huge challenge in terms of scaling their business.

Initially, they are planned to launched  Mac OS 7.7 version, but it was renumbered “8” to exploit a legal loophole and accomplish Jobs’s goal of ending third-party licensing of System 7 and shutting down the Macintosh clone market.

Mac OS 8 added a number of features from the abandoned Copland project while leaving the underlying operating system unchanged.

A multi-threaded Finder was included; so files could be copied in the background. The GUI was changed to a new shaded greyscale look named Platinum, and the ability to change the appearance themes (also known as skins) was added with a new control panel (though Platinum was the only theme shipped).

Because of Apple’s financial difficulties at the time, there was a large grassroots movement among Mac users to upgrade and “help save Apple”. Even some pirate groups refused to redistribute the OS.

Later 8 versions were upgraded to 8.1, 8.5 to improve the system speed and stability and other interface change.

Mac OS 9, the last major revision of the early Macintosh operating system, was released in 1999.

It added improved support for AirPort wireless networking which allowed users to access the internet quickly and easily. It’s gained huge popularity at those times.

Mac OS 9 also makes the first use of the centralized Apple Software Update to find and install OS and hardware updates.

it also added some transitional technologies to help application developers adopt some Mac OS X features before the introduction of the new OS to the public to help ease the transition.

The final update to the classic Macintosh Operating System was version 9.2.2, released at the end of 2001.

All the above versions are in the classic version category and in the next post, we take a look at more advanced versions.

NOTE: It’s a long story and needs every bit of detail so we divided it into two parts, Check out the second part for better understanding.