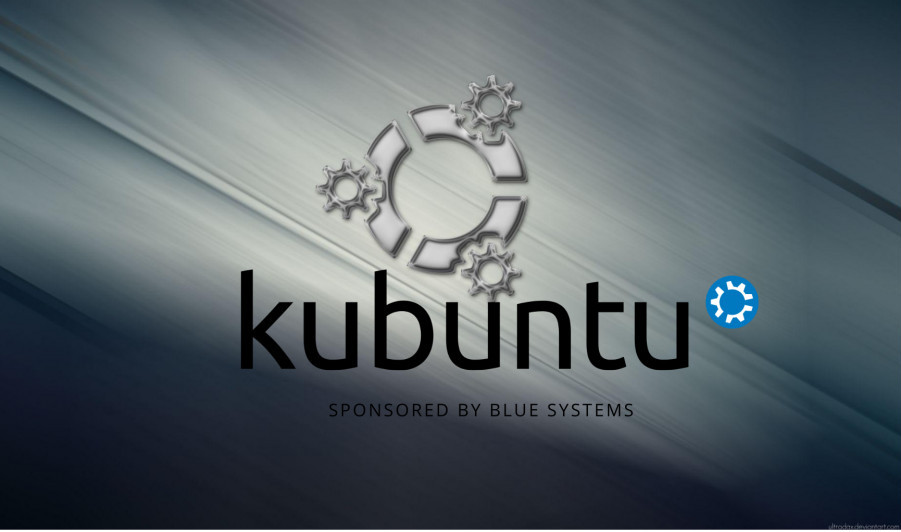 One of the best Linux distributions in terms of stability and Customization is Kubuntu. It’s by far the most used Linux Flavour based on Ubuntu.

All  Ubuntu flavors offer a unique way to experience Ubuntu, each with its own choice of default applications and settings. Ubuntu flavors are backed by the full Ubuntu archive for packages and updates.

Kubuntu is an official flavor of Ubuntu and offers a fast, stable, and secure experience altogether. It uses the KDE Plasma Workspace experience, a good-looking system for home and office use.

The Operating system is designed and developed by a global community of developers, translators, testers, and supporters. Kubuntu uses Linux open-source all the software is free and anyone can use it in their local language and easily customize it according to their system’s requirements.

All algorithm and source code is based on Ubuntu but the interface it’s very different from Ubuntu. Kubuntu uses KDE as its desktop environment. KDE is a completely different environment, it uses its build tools like Dolphin file manager or  Muon software center.

This distro is fully customizable. KDE lets the user decide how they want to keep their desktop, its look and feel are like windows 7, but here you can even make it look like macOS or Gnome2.

Kubuntu is a community-developed and supported project. Since its launch in October 2004, Kubuntu has become one of the most highly regarded Linux distributions with millions of users around the world.

What is the difference between GNOME and KDE? When we boot up a Linux operating system we see a graphical user interface or Desktop. The GNOME and KDE both provided you that interface. These two are the most popular Linux desktop environments used by many operating systems.

So let’s check out the strength and weaknesses of both…

1. Both the desktops are very similar in terms of workflow. Earlier versions of GNOME had a launcher, that led to your applications and settings. The early GNOME interface was quite simple but did provide an easy-to-navigate experience.

On the other hand, KDE also provided a simple-to-use interface. KDE came with a launcher that provided you with access to your applications, settings, and other functional aspects of the desktop. The major difference is the settings were far more detailed and controlled.

But now the GNOME uses the GNOME 3 desktop which uses the GNOME shell and uses a more personalized approach, that allows its users to access menus and applications only when needed.

Now you can hide your menu and keep your desktop free of clutter. This means no icons on the desktop, with hidden desktop elements that only appear when needed.

KDE by contrast hasn’t changed much at all, because It already gives you a  modern polish to provide a modern feel to a traditional desktop.

2. On the Application front both have their general task-related capabilities, but the design is different. KDE applications, for example, tend to have more robust functionality than GNOME. KDE applications also tend to utilize the letter K in the names of their applications: Kmail, Kontact, Koffice, Kdenlive, among other software titles.

GNOME-centric software tends to follow its path. For example, some GNOME-specific applications include Evolution, GNOME Office, Pitivi (integrates well with GNOME), along other Gtk based software.

3. Both GNOME and KDE can extend their functionality. This is done through extensions and plasmoids (KDE-specific option). You can browse and install these addons via the KDE Add Widgets menu. Plasmoids can be downloaded or installed locally.

With GNOME, you’re able to install extensions from the GNOME extension webpage and manage them with GNOME tweaks as needed.

The appearance between the two desktop addons differs some as they’re built to reflect the overall flow of the environment.

4. They both have their strong points and attract different types of users. Early days of the two desktops, KDE was in the lead for attracting newer Linux users whereas GNOME of that time, didn’t. Mainly because at that time Ubuntu was not so popular and most of the other distros used the KDE desktop.

But with the new GNOME 3 desktop, these things changed, now the GNOME desktop is also very customizable and added lots of value to the users. Cinnamon, MATE, and other desktops are using the new GNOME Shell inside their OS.

Both the Desktop has their goods and bad but new users are more likely to love the KDE over GNOME because every customization is possible here. And it feels more Windows-like experience.

On the other hand, GNOME is a more traditional desktop here more focused on stability rather than customization. Old Ubuntu users prefer GNOME over KDE.

Regardless of which desktop environment you prefer, the good news is that applications built for Linux will run on both KDE and GNOME. 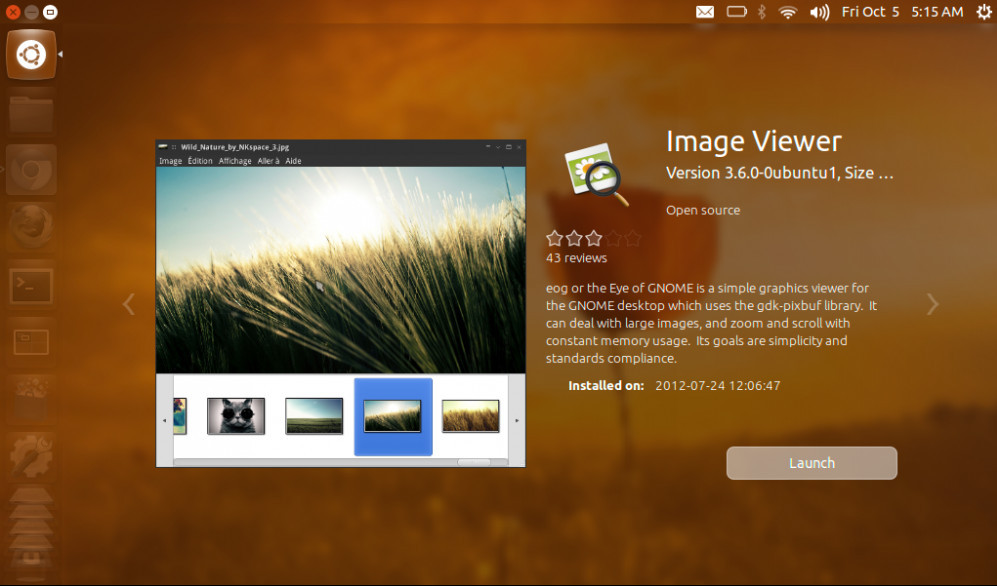 A Canonical employee Andreas Mueller first thought about the idea of making a Linux flavor based on KDE.  Canonical is the company behind the Ubuntu developments and official sponsor.

Mark Richard Shuttleworth the CEO of canonical permits to start a Linux flavor and praised the KDE desktop movement. He thinks to attract more users and adoption of new software Ubuntu needs a KDE environment.

Immediately Chris Halls from the Openoffice project and Jonathan Riddell from KDE started volunteering on the newborn project.

Kubuntu was the first official variant of Ubuntu and was officially released alongside Ubuntu 5.04 Hoary Hedgehog on April 8th, 2005.

The KDE-based developments begin and soon they are named K Desktop Environment. The 3rd version of K-Desktop Environment was first used in Kubuntu 5.04 and the same continues until the launch of Kubuntu 8.04 (Hardy Heron) in 2009.

Then from the launch of version 8.10 (Intrepid Ibex) in 2010 KDE Plasma Desktop becomes the default Desktop interface for Kubuntu OS.

On February 6th, 2012  Canonical ends the sponsorship with Kubuntu, and on 10th April Blue systems started to sponsor Kubuntu Project.

This new move provides more resources than the previous sponsor Canonical. The project remains more or less the same: community-led, KDE-focused, Ubuntu flavor. With the new independence, it can branch out into new Desktop and Laptop markets powered by Kubuntu OS.

There are plenty of wonderful features in Kubuntu, some of them are integrated from Ubuntu and some KDE features. You also find some additional hidden features and utility tools as well. So let’s discuss them in short… 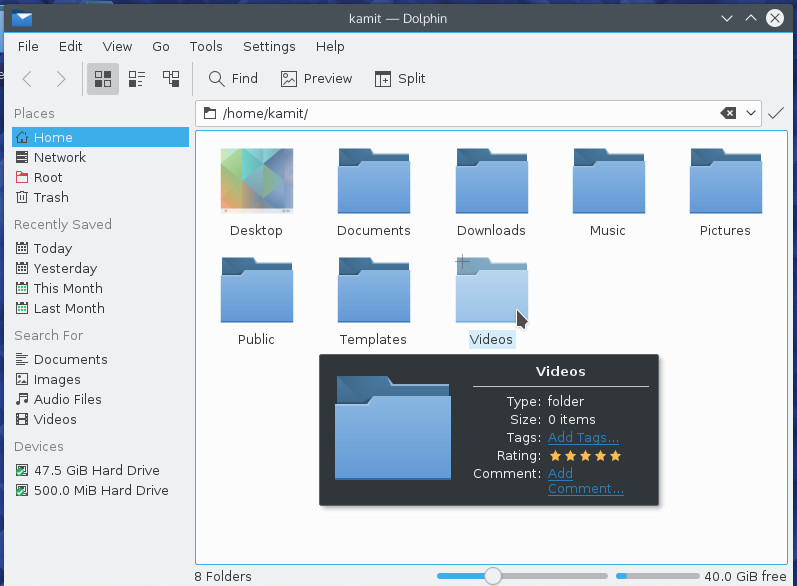 Some of the features are Sidebar, panel tabs, thumbnails, Supports dockable panels for places, information, folders, and a terminal, 3 view modes (icon, list, and column) with properties remembered for each folder, Network transparency, Zoom from 16 x 16 pixels to 256 x 256 pixels, etc.

It also enables Breadcrumb Navigation bar for URLs which allows users to navigate quickly through the file hierarchy, SMB/CIFS, WebDAV, NFS, FTP, and SSH all are supported. 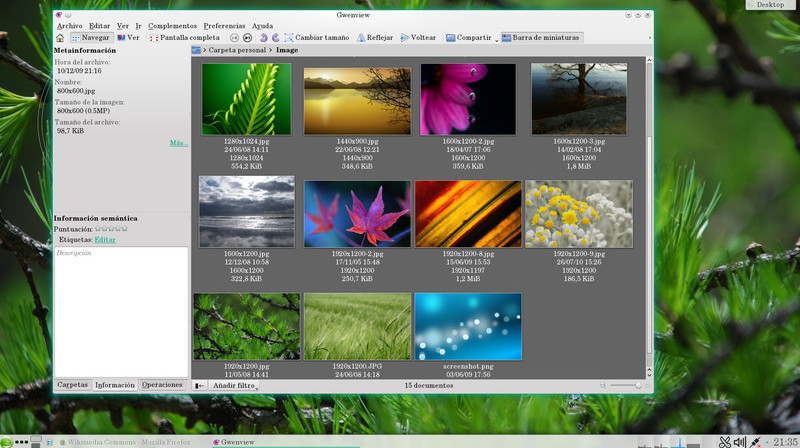 Gwenview is a fast and easy-to-use image viewer by KDE, ideal for browsing and displaying a collection of images. It’s able to load and save to a variety of image formats supported by KDE applications, such as PNG, JPEG, and even Gimp’s XCF.

The thumbnail toolbar helps to view the images on full screen. Gwenview’s simple interface doesn’t get in the way and lets you view your images quickly and easily.

Some features of Gwenview are. 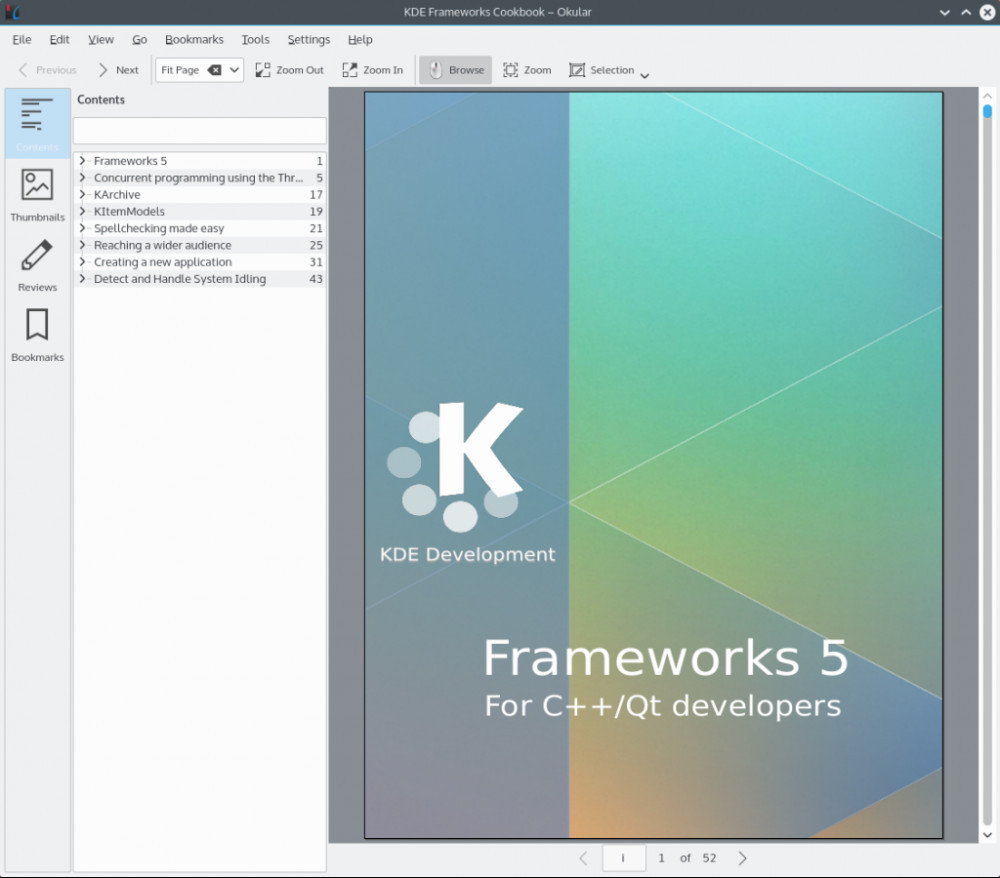 Okular is the Universal document viewer developed by the KDE community. It’s based on Qt and KDE Frameworks libraries. Originally made from KPDF but later it replaces KPDF, KGhostView, KFax, KFaxview, and KDVI in KDE 4.

The default web browser for most of the Linux distros and the same continues here with Kubuntu. Firefox is a free and open-source web browser developed by Mozilla Foundation and its subsidiary, the Mozilla Corporation.

Firefox uses a Gecko rendering engine( A technique to convert HTML documents into a human interactive visual representation format) to display webpages in the browser. 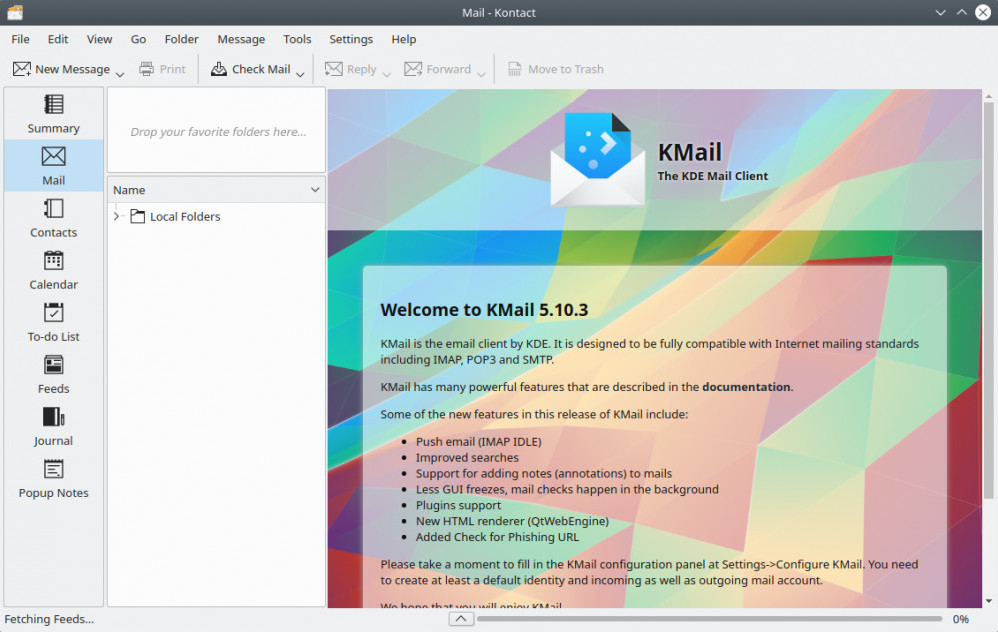 On the first launch, Kontact will walk you through your email provider setup, which supports both local and remote mail configurations. Kontact will then take you to a dashboard that by default shows recent emails, calendar events, scheduled tasks, and recent notes. 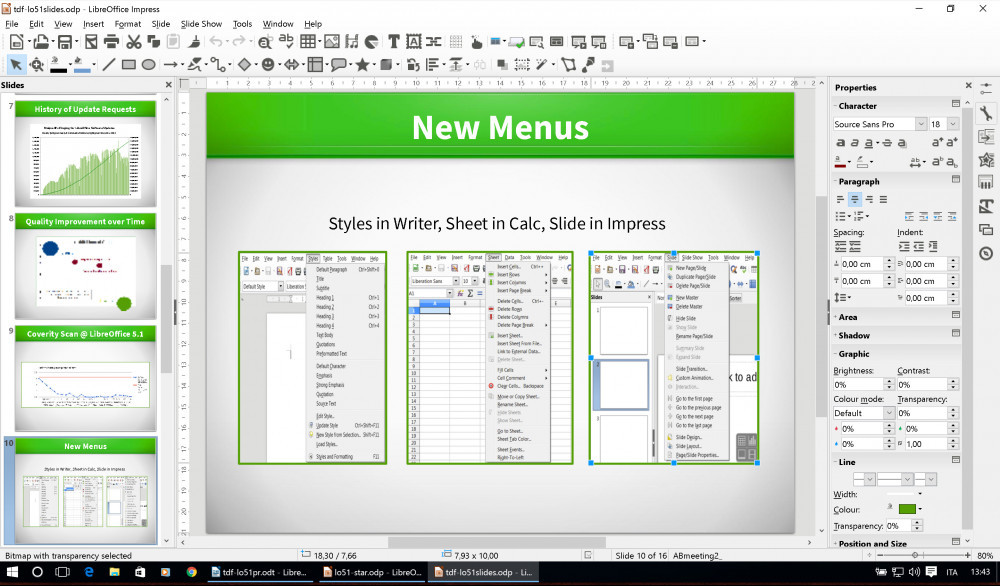 The full features a free office suite integrated inside your Kubuntu.LibreOffice is a free, open-source suite of office productivity software.

It contains applications for word processing, spreadsheets, presentations, database management, and graphics editing. It is compatible with other office productivity suites including Microsoft Office. 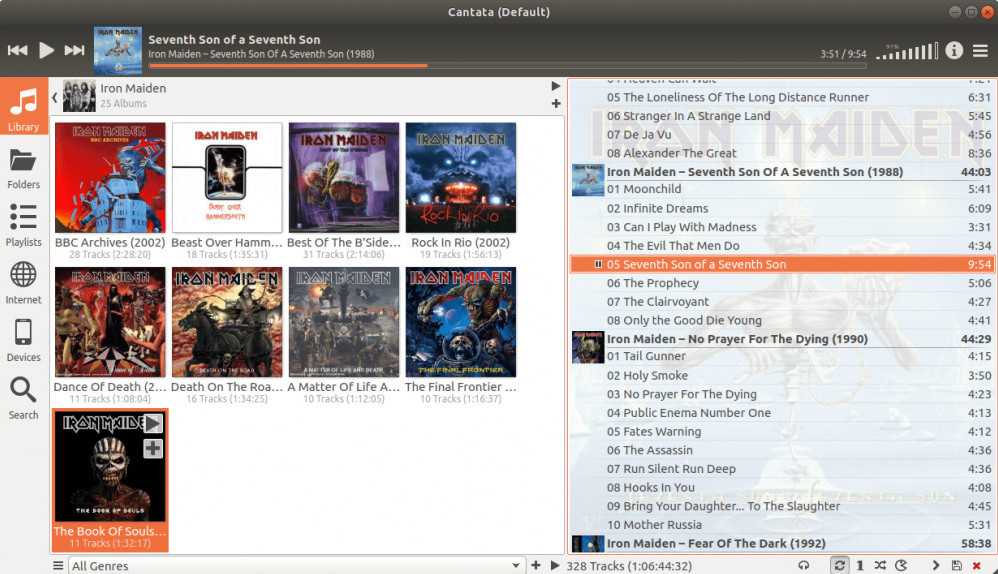 Cantata is a fully featured Music Player client for Music Player Daemon (MPD). The Cantata uses the MPD as a background application for playing music. You can enjoy online radio through Cantata. As of the time, the latest version of the Cantata music player is 2.4.

Library, Playlist, Folders, Internet, Devices, Search via MPD all options are there like any other modern music player. The sidebar has a context menu, allowing you to control its style and what items are shown.

So when you install the Kubuntu OS by default you get the VLC media player. VLC is a free and open-source cross-platform multimedia player and framework that plays most multimedia files as well as DVDs, Audio CDs, VCDs, and various streaming protocols.

It’s available for desktop operating systems and mobile platforms and is used by millions of users all over the world. It supports almost all video and audio formats lIke MPEG4,  ASP, XviD, 3ivX D4, H.264, WMA, VDA, FLAC, MPC, etc.

VLC supports Fast hardware decoding, subtitle synchronization, Picture in Picture Mode (PiP), and has an inbuilt superior screen recorder inside that can pick videos from your desktop while acting as a screen recorder tool.

The Minimum System Requirements to install Kubuntu 20.04 desktop edition is…

If you want to install or run the Operating System, then Download Kubuntu here.

Should you try Kubuntu?

If you’re already using Ubuntu and happy with the more traditional GNOME desktop then there is no need to update but for new users who always looking for something new and unique Kubuntu is a good choice for them.

When it comes to the Desktop, some prefer KDE and some GNOME so it’s a personal choice, and both the environment is equally good but also have some limitations.

Anything is possible with KDE. It has a fresh look and you won’t get bored with it easily and it has a lot of cool stuff to offer. It supports widgets, and you can install a lot of them from their settings. KDE is less resource-hungry than GNOME.

This operating system offers office, graphics, music, photography, email, and productivity in the installation so that users can get fantastic comfort.  Kubuntu also has different pre-installed applications Gwenview, Kmail, LibreOffice, Firefox, and installing more from Discover software center if necessary.

Most importantly, Kubuntu is a mobile-ready Linux distro, which means users can easily connect their desktop with the phone. Apart from the look and feel you always get the security of Linux and all the updates from Ubuntu frequently

The Kubuntu community is also supportive enough to resolve your issues and it can assist you with proper documentation. So what’s your take on Kubuntu, do you like it or not please share your views and if you already used Kubuntu let me know what do you think about it.