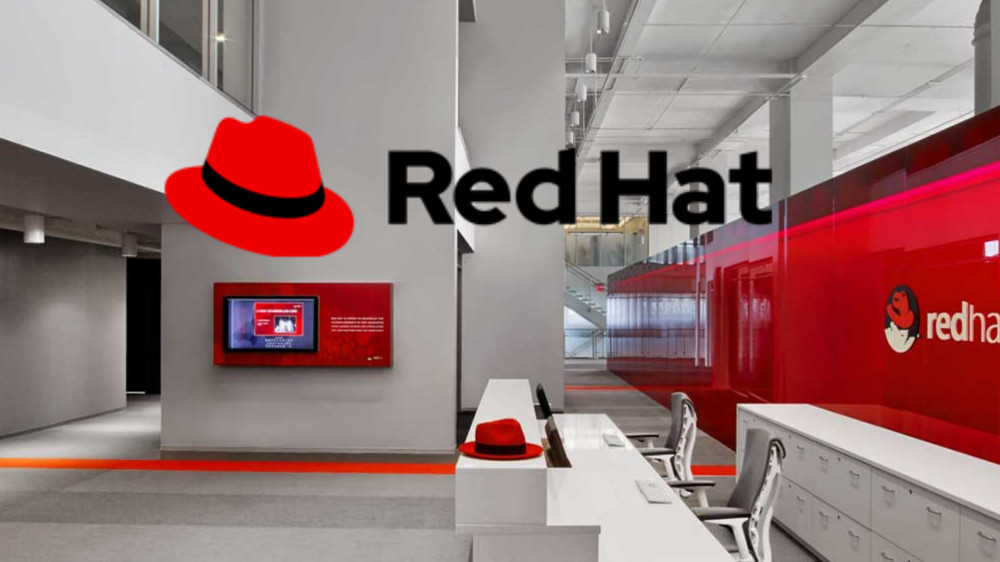 Red Hat, Ink. Is an American software company that provides open-source software and services to the enterprise. Founded in 1993, Red Hat Software Company is the Worlds leading provider of open source enterprise IT solutions.

Red Hat’s approach is different compared to the other software companies. Here first, they give you the software for free to use, study, modified, and in some cases distribute its source code to others as well.

After using the software, if you need any assistance or a solution, then they charged you for the service and support.

So in this business model, Red Hat not relying on how many copies of its products sell rather than its main focus is to sell supports and other services to its user base.

With over 20 years of experience, Red Hat has the largest customer base in the enterprise section. Right now more than 90% of fortune 500 companies are using their products and services around the world.

With over 15000 employees in 105+ offices spread over 40+ countries around the world, Red Hat is the first company to hit a 3 billion dollar revenue mark building everything from the open-source.

On May 3rd, 2019 IBM one of the giants in the software industry acquired  Red Hat Inc. for 34 billion dollars which was a huge acknowledgment for a company. This acquisition also shows the value and impact of the open-source industry.

The two most significant products are JBoss and Red Hat Virtualizations(RHV). They acquire an open-source enterprise middleware JBoss, application software that provides various components to the operating system to communicate and manage data. RHV is X86 based virtualization software based on the KVM hypervisor.

Other than open-source Red Hat also acquired many proprietary software products through corporate mergers and later released them under the Open source Licenses.

A huge team of developers and coders always create, maintain, and contributed to all the free software projects from all over the world.

Right now Red Hat Inc. is the third corporate contributor to the Linux kernel 5.10 development after Huawei (and Intel).

The story started when a visionary businessman Bob young met the computer scientist Mark Ewing at a tech conference.

Bob was running a computer supply catalog business out of his home in Connecticut and Mark was the techno-geek busy hacking, debugging, and spinning his own distribution of Linux® on CDs from his home in Raleigh, North Carolina.

Mark wears a red Cornell lacrosse cap given by his grandfather at the computer lab where he invented the software. Later when he sells the software in public he named it Red hat software.

These Red Hat, Linux CDs are sold rapidly and Bob noticed this ongoing trend and decided to buy these from Mark and ordered hundreds of copies. But Mark was not prepared for it as he himself doesn’t have such a large infrastructure at that time.

So seeing the big possibility in 1995 Bob and Mark joined hands and created the Red Hat Software company.

Red Hat becomes so popular larger than Microsoft but booked on the legal issues due to U.S. Justice Department for monopolistic practices.

In February 2000 Red Hat was rewarded for the fourth consecutive “Operating System Product of the Year” by InfoWorld.

In 2007 Red Hat acquired an enterprise-level information integration software provider MetaMatrix and agreed with Exadel to distribute its software.

Red Hat Enterprise Linux continued to be the company’s flagship product, an open-source offering to the world’s most demanding data centers. Its success led to more than a decade of steady growth and allowed Red Hat to invest and participate in other open source communities, adding more features and capabilities to the product along the way.

Jim Whitehurst became President and CEO of Red Hat in December 2007. In 2009 he initiated a new collaborative mission statement that told the world not only of Red Hat’s dedication to open source but also to the open source way:

“To be the catalyst in communities of customers, contributors, and partners creating better technology the  open-source way.”

In 2012, Red Hat became the first open-source technology company to surpass more than US$1 billion in revenue. Then passed the $2 billion benchmark in 2015. As of August 2021, the company’s annual revenue was above  $3.4 billion.

Today, more than 90% of Fortune 500 companies rely on Red Hat, and Red Hat products and solutions are trusted on a global scale. Red Hat has become the logical choice for anyone working in enterprise IT who needs rapid innovation and wants to avoid the risk of doing it all themselves.

Red Hat continues to transform the future of open source technology by joining forces with IBM. In 2019, IBM acquired Red Hat for approximately US$34 billion, breaking the record for the largest software acquisition in history.

Together, IBM and Red Hat will continue to innovate with a next-generation hybrid multi-cloud platform to redefine the cloud market for business. As the company looks toward the future, Red Hat is still Red Hat and continues to hold the same values and principles that guide its brand.

In early 2020, Paul Cormier was named Red Hat’s new President and CEO and continues to guide the company with the same values it has had since its inception.

Today Red Hat offers multiple products, services, Supports, solutions, training, and much more and is really unique in this field.

They generate 60% sales through their subscription-based service, 15% from application-related products, another 15% from consulting and training services, and the last 10% from support and solution-based services. In Solutions they offer:

Under the Service and Support category:

So now the question is why Red Hat choose this unique path and created products based on open source and later sell them along with the services.

And the answer is Red Hat, the Linux-based operating system company, pioneered the original open-source, business model. Red Hat gives away open-source software for free but charges a support fee to those customers who rely on Red Hat for support, maintenance, and installation.

Given top-notch quality to the customers is the key for Red Hat and over the years they maintain a very high standard. It helps the company to not only sustain but generate a lot of revenue over the years.

The basis of this business is its users and communities who always create new and innovative ideas to serve a purpose and generate more profitability at the enterprise level.

Red Hat is a pioneer in successfully commercializing open source. However, beyond Red Hat, the effort has largely been a failure from a business standpoint. other than Red Hat there are no other public standalone companies that have been able to offer an alternative to their proprietary counterpart.

Companies like MySQL, XenSource, SugarCRM, Ubuntu, and Revolution Analytics all are created with the same intention of selling software as a service. But there are many others as well who aren’t able to sustain in this race.

But looking at the last 12 years’ journey and the market capitalization of Red Hat from 2010 to 2021 we believe this situation changes very soon.

When you create a business with an open-source support business model then you have to price your products low or comparative and rely on the maximum count of sales. So you don’t have the privilege to invest lots of money in different aspects.

For that reason, it’s nearly impossible to properly invest in product development, support, or sales the way that companies like Microsoft or Oracle, or Amazon can.

And another big issue creating a business with open source software is after creating a super easy and useful codebase the revenue generation is very low.

Many large companies may like and use the products but they never return for service. It’s great for the open-source community, not so great for the company.

So Red Hat deals with everything and sustains in this tough path and today generate a good amount of revenue for the company. That’s why the tech-giants like IBM have given so much value to this type of business and see the prospect in it.

What works for Red Hat?

Red Hat did not stick to one game plan rather they creating different branches around their products and services also acquires other small firms down the line.

First, they build a large scale of users and communities over time. Then they offer their service and support to them. Over the years they integrate new technologies like cloud computing with their services (Virtualization, Automation) and create an ecosystem around that.

In cloud computing, they combine SAS( software as a service), storage, infrastructure, and products as a service and offer a bunch of services under the same roof.

In this new business model companies can monetize open source with a far more robust and flexible model, encouraging innovation, and ongoing investment in software development.

Red Hat uses these open-source building blocks and is more than happy to contribute to their ongoing success. These new open-source business models are the foundation of all modern cloud and SaaS offerings, and they are being monetized beautifully in many cases.

Combining open-source with a service or appliance model – is producing staggering results across the software landscape. Cloud and SaaS adoption is accelerating at an order of magnitude faster than on-premise deployments, and open source has been the enabler of this transformation.

What future holds for Red Hat?

Today top computer hardware maker companies sell their products with red hat Enterprise Linux operating system inside and it’s a big plus for the Red Hat and increase its revenue in the future.

Red Hat’s customers are in a variety of industries, including financial services, government, healthcare, retail, transportation, and telecommunications. The US government and its agencies account for about a 10th of revenue.

Red Hat’s financial performance kept climbing in 2021 (a subsidiary of IBM from 2019) with increases in revenue, profit, and operating cash flow on stronger sales of its open-source cloud infrastructure software.

With the Open Hybrid Cloud model, Red Hat create and develop an architecture ( Private cloud and Public cloud) that uses
a mix of applications, delivering a truly flexible cloud experience with the speed, stability, and scale required for digital businesses.

Although Red Hat originally offered support for consumer-oriented Linux products, the company shifted its focus entirely to the more lucrative business of supporting and servicing Linux technologies in enterprise environments.

Using the open-source platform for their backend tasks such as managing data center operations including virtualization, server and data management, and enterprise application integration.

The trend of companies moving large amounts of data to hybrid cloud systems matches up with Red Hat’s strengths in deploying management software and application development.

The container-based applications provide more flexibility in that they can work in multi-cloud and hybrid cloud environments. Red Hat’s recent acquisitions, including that of CoreOS in 2108, strengthened its container offerings.

In 25+ years, Red Hat has grown from a small home-based business into the world’s leading provider of enterprise open source solutions. Perception has shifted from seeing Red Hat as a disruptive rebel to a trusted adviser.

The company has moved well beyond Red Hat Enterprise Linux into virtualization, middleware, application development, storage, cloud computing, and management. As always, everything continues to be made the open-source way.