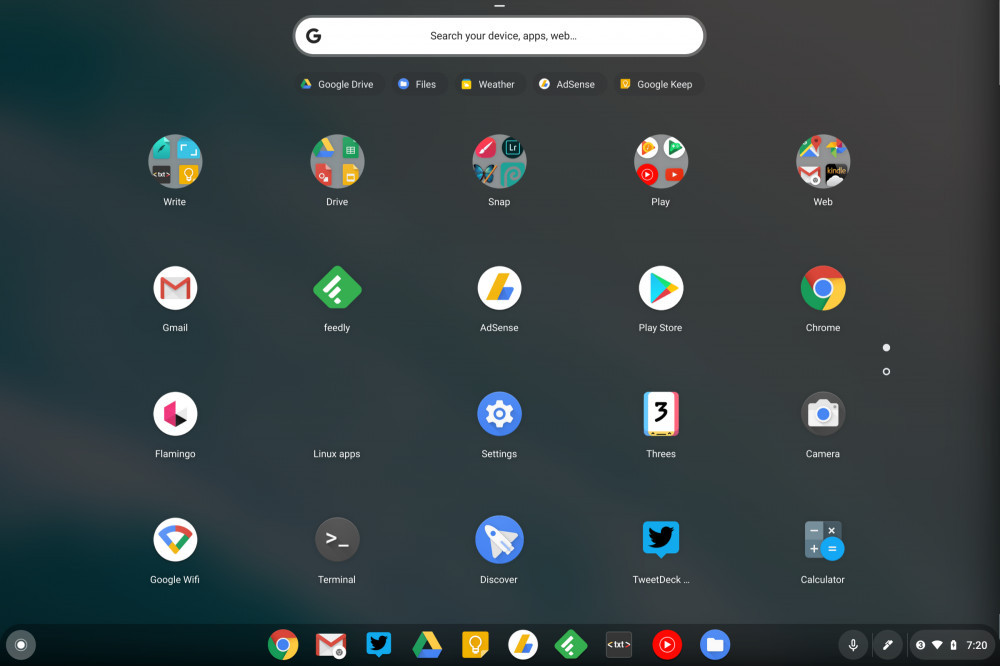 Today everyone is familiar with the term Chrome, thanks to google and their Android Operating system. Most of us have known Chrome as a Web Browser but do you know Google also created an Operating system called Chrome OS.

Yes in the year 2009 Google announced Chromebook with Chrome OS. Their main intention was to create a Lightweight device (Laptop/Tablet) that runs most of the utilities and applications in the Cloud.

The initial Chrome OS has a media player and file manager. It only supports some web-based applications like Chrome Apps which only runs on the Google Chrome web browser.

The core part of Chrome OS used a Linux Kernel and was initially based on Ubuntu a famous Linux Distribution. It’s only available pre-installed on hardware manufactured by Google partners, but you can install it using other methods. Chrome is proprietary software.

Initially, Samsung and Acer are the two companies that partnered with Google and launched their first Chromebooks in 2011.

What is Chrome OS?

Google’s Chrome OS is a Linux-based operating system and integrates all its cloud-based services into one place. As a user, you are able to use all google centric services( mail, doc, youtube, drive, photos, etc) using the chrome web browser.

It’s unlike any traditional operating system and more like a Web browser. Although chrome has a desktop, it’s like a browser interface where you can access mail, search the web, watch videos, and scroll through Facebook and other social networks. it is mainly created for the customers who have done most of their work online.

Chrome OS works on ARM/Intel X86-based chips and is very fast and responsive with minimum latency. It made multitasking very easy. 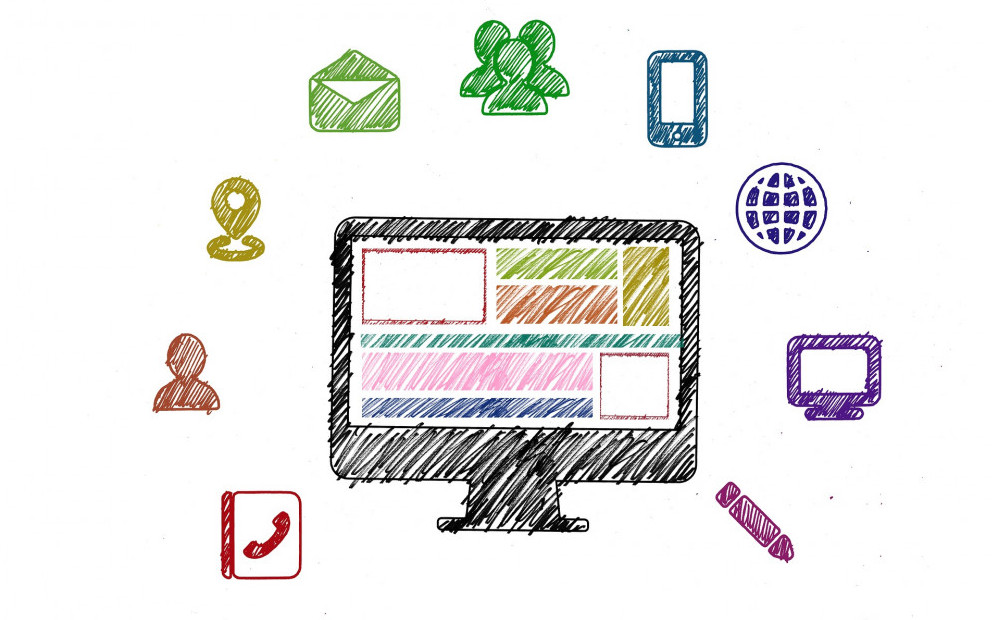 On the 7th Of July 2009, Google announced the Chrome OS mainly for laptop and netbook devices as they keep the OS very light and simple.

Those days Google partnered with Samsung and Acer to create Chromebooks. it has all the basic features of laptops but used more refined and lightweight hardware like SSD(solid-state drive) to create a compact device.

In November 2009, the open-source project was released as “Chromium OS”. At a news conference, Sunder Pichai, CEO of Google, mentioned that Google would try to reduce the boot time of Chrome OS to 7 seconds.

In 2010, Google released the unbranded Cr-48 Chromebook in a pilot program, and next year On 11 May 2011, Google announced two Chromebooks from Acer and Samsung at Google I/O (annual conference of google).

By 2012  after seeing the increasing trend in the market Samsung released their first Chromebox, the desktop version of the Chromebook.

And at the same time google constantly integrate utility tools inside the chrome OS to give the users a more conventional desktop operating system experience.

These Chromebooks are more secure than any conventional PC because it’s a cloud-based system and all the resources are encrypted and secured by your Google account. Also received security and feature updates frequently.

Using the Google Cloud computing service the user information is basically stored in the cloud with minimal or no storage of such information on the user’s machine. But you can store data locally inside your Chromebook.

Difference between Chrome OS and Browser:

Google Chrome, is one of the most used browsers in the world today. Apart from being the most famous browser, it is an open-source browser as well. it allows you to access the web and works pretty well with different platforms like Windows, macOS, and Android.

Chrome is currently the most popular browser in the world with a market share of around 65 percent among others (According to Statcounter).

On the other hand, Chrome OS is an operating system that runs on Chromebook, just like some laptops or desktop runs on Windows. It comes with the Google Chrome browser installed that can be used to access the web.

This is one of the simple OS, and you don’t get a lot of extra features. It just launching the Chrome browser and surfing the web.  Although, things like running Android apps and the ability to save images to the device’s local storage, and other stuff are very much possible with the Chrome OS.

Because of its simplicity, some refer to Chrome OS as nothing more than a glorified browser. But things changed today and the OS was redesigned with lots of utility and support for Android, and Linux apps.

There are no specific hardware requirements for running Chrome OS. In fact, any modern-day tablet is also able to run it.

But google tied up with Samsung and Acer for the creation of Chromebooks and these companies made some specific hardware to create a fast and secure device.

In 2015, Chromebit was released by Asus. It is an HDMI Dongle that runs Chrome OS. It converts a computer monitor or TV display into a personal computer.

Earlier versions of Chrome OS came with a limited life span and within this users get all the updates. The About Chrome section lets you know the lifespan of your OS. But from 2020 every version released by google has 8-year long support.

Like everything chrome OS has its advantage and limitations at the same time. So first talk about the good things…

It’s a simple OS but at the same time very lightweight and boots up in seconds. The cloud-based nature makes it super-fast and super-easy.

Although it’s proprietary software you can try it for free. The operating system is very light so doesn’t require costly hardware. They are way cheaper than Windows and Mac devices.

Chromebooks released in the last few years all support Android apps, making them a lot more useful than they once were.

In recent years, Google has added support for Linux applications. This means Chromebooks can now run desktop-level software. That’s why some higher-end models of Chromebook were released to handle those Linux apps.

it’s a highly protected enclosed system and all the data is encrypted and secured by your Google account. Someone would have to log in and hack into your Google account to get access to anything that is stored on your local computer, and this gives you a lot of safety and security.

It’s one of the most secure operating systems available on the market today, and it is excellent for students, employees, and business leaders.

So you don’t have to wait for 15- 20 minutes or even an hour after every update, like all other operating systems.

You have all of Google’s services available including Google Docs, Drive, Photos, Maps, meet, chat, news, contacts, etc. That means you can access all these files and documents on other devices with an internet connection, regardless of your location.  And if your Chromebook gets lost, stolen, or damaged, you won’t lose your files.

A simple OS needs very less battery so the battery life is excellent on chrome devices. According to google “Work and play with up to 12 hours on a single charge”.

Now talk about the limitations …

You can’t use full versions of Photoshop, Microsoft Office, and other useful programs on Chromebooks. You can install the app version of this software from the play store but the features are very few compared to the full version.

Not for heavy gamers:

You can play games on Chromebooks, which are available in the Play Store. But you can’t play AAA games on Chrome OS devices, as they don’t support them, and also the hardware is not powerful enough to handle big games.

Google realizes that and they currently work on a cloud-based gaming platform called Stadia where Chromebook users are able to play powerful games online.

Since they are cloud-based, the storage space you get on a Chromebook is generally a lot smaller than what you would expect on a Windows laptop. Instead of 1TB, expect around 16 GB to 64 GB.

The main requirement of Chrome OS is you have to always be online to use it and at the same time, it’s a drawback. A Powercut means you lose all the connectivity.

But Google says their system works fine in offline mode but very few apps are supported the offline mode.

What and Where to Buy?

There are plenty of options to choose from according to your needs. Samsung, Acer, and Asus create lots of Chromebook devices recently. Google also made an advanced version of devices called Pixelbook and sell them in the plus and premium sections.

Here I mention a couple of them…

You can buy these devices directly from Google or Manufacturer’s Websites. Other than you also purchase them from Amazon worldwide.

The whole purpose of Chrome OS is to give users a centralized Space where they have full control over everything. The Google Workspace helps you to manage all the services from its admin panel. Like any virtual machine chrome, OS gives you a similar kind of experience to a physical machine.

Chrome devices are designed to boot in seconds, and they’re shareable. Log in to your own account for a totally personalized experience and Once you’re logged in, your apps, extensions, and everything else are ready to use.

With a Chrome device, it’s easy to connect to a Wi-Fi network. Some models also come with built-in 3G/4G, so you can surf the web from just about everywhere.

For Students and Businesses, it’s a great choice where you get a Fast, reliable, secure, and stable stage to perform.

And above all with the Chrome OS, Google has created a Unified System where all your devices are in-sync always. This gives you the freedom to only concentrate on your work and the rest managed by the system itself.