Red Hat Enterprise Linux is an open-source operating system built and maintained by Red Hat and widely used in the commercial market. Its mainly used in physical servers, hypervisors, and cloud environments where the system requires maximum availability and minimum downtime.

RHEL is a Linux distribution that not only provides a fast and secure operating system for your organization but also integrates with many utility tools and services which offers you a complete package. From application development to automation, testing, everything is well structured and meets the latest standard.

It also focused on today’s cloud-based infrastructure and give organizations the freedom to use private cloud and public cloud services efficiently. Also supports containers, middleware, microservices, and much more.

The software was designed to work well with common hardware found in the data centers of large enterprises. It ships with a set of commands that are familiar to experienced Linux administrators. This makes it easy to find qualified resources to utilize an enterprise edition.

In the past, Red Hat gave this enterprise product for free and only charged for support. Later on, they decided to create two versions: one is  RHEL, the more stable version with less frequent updates and another one is Fedora integrates with new applications and gives you frequent updates every six months sponsored by Red Hat.

RHEL actually includes all the new technologies developed in the Fedora project and packages them into a more reliable and stable commercial product. Hence, RHEL is best suited for the enterprise.

A typical RHEL distribution would include development tools, applications, services, and utilities such as Compiz, CUPS, DHCP, Firefox, GIMP, MySQL, OpenOffice.org, Samba, Python, and much more.

In the beginning, there was very little support for enterprise operating systems. In fact, no platform is offered a complete set of drivers and applications altogether. You had to search vendor sites to find drivers and other components.

Since these pieces were built separately, the parts often didn’t work together. Every OEM built its own sets of drivers working on that platform only. It was very difficult to deploy an open-source enterprise OS in these circumstances.

But with a pool of brilliant minds and a huge customers base, Red Hat can create an operating system that offers all the solutions for a successful business.

On March 23, 2002, the first Red Hat Enterprise Linux 2.1 comes with the Linux kernel 2.4.9-e.3. Their main focus was to coordinate with hardware vendors and integrate all the kernel, compiler, installer, and driver support in one place.

By building all the parts in one place and co-testing with the hardware vendors, the dependability of Linux in enterprise roles greatly increased. This stable platform allowed software application vendors a consistent development environment.

RHEL also adopts long lifecycle support which gives organizations great stability and over the years they fixed the issues with great accuracy.

On February 15, 2005, RHEL 4 introduced Linux kernel 2.6 versions and extended attributes on ext2 and ext3 file systems. This time Red Hat has given more priority to security as this is the basic criteria of any enterprise to run a secure system.

Implementing SELinux was a huge integration challenge, as it required code changes in literally hundreds of components, and its success can be directly attributed to the Red Hat developers.

In 2007, computers were becoming increasingly larger and workload has increased rapidly. To organize this whole process in a structured way Red Hat introduced RHEL 5 on May 15, 2007 (Linux kernel 2.6.18-8).

They implement Virtualization inside the Red Hat Enterprize Linux. Earlier its called Xen but later it was replaced by Linux’s Kernel-based Virtual Machine (KVM). 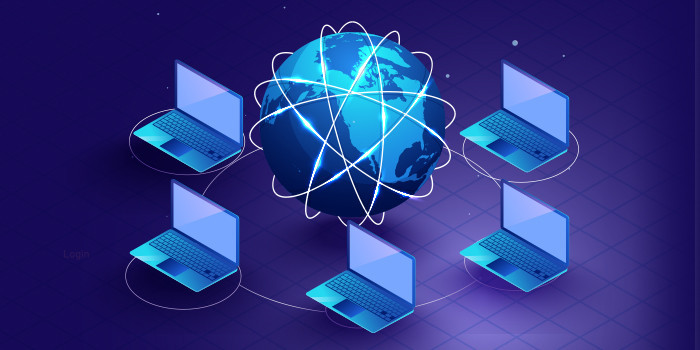 Red Hat combines its encryption technology (Selinux)  with virtualization in a single product. This move helps Red Hat to enhance the scalability of their OS and now the large CPU and memory systems were immediately leveraged in the virtualization implementation.

This enabled customers to more easily achieve better utilization of their equipment by running their existing workloads in virtualized guests.

At this point, RHEL supports 64-bit processors and up to 8 TB of physical memory. The implementation of huge pages in Red Hat Enterprise Linux 6 allows the system to manage memory usage efficiently across different memory workloads.

On June 10, 2014, Red Hat Enterprise Linux 7 was officially released with Linux kernel 3.10 and based on Fedora 19 upstream.

RHEL 8 was officially released on May 7 2019 on top of Linux kernel 4.18 and based on Fedora 28 upstream. It introduced Base OS and App stream repository, GNOME desktop 3.28, YUM package manager based on DNF, cockpit, and lots more.

How to Try RHEL on your Local Machine? 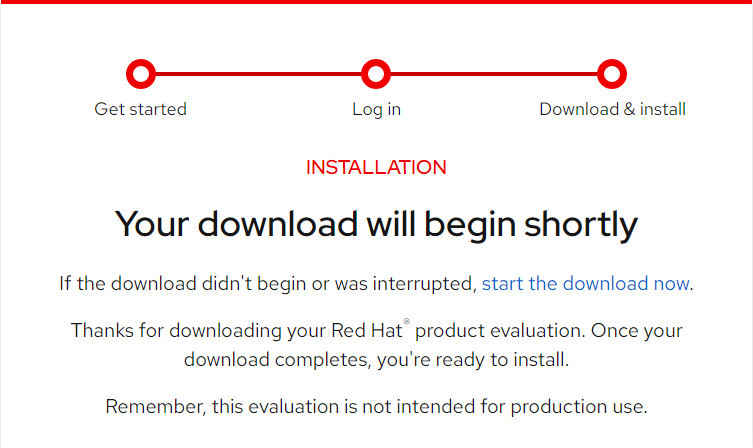 Mainly two things are needed to try RHEL on your local machine A Red Hat Developer subscription and an RHEL Binary DVD.iso file.

1. First you have to register at redhat.com with your email id and password to try RHEL. The next step is to log in to your account and clicks on the free trial if you want to try RHEL free for 60 days.

3. Your Red Hat username and password are needed to register your system and attach it to your subscription. Your account was created during setup.

4. During fresh installation you need an available disk or free partition. This disk or partition(s) you select during installation will be overwritten. Make sure you understand your selection before starting the installation to avoid accidental data loss.

5. A system with the following requirements is needed to run RHEL successfully:

What are the benefits of Red Hat Enterprise Linux? 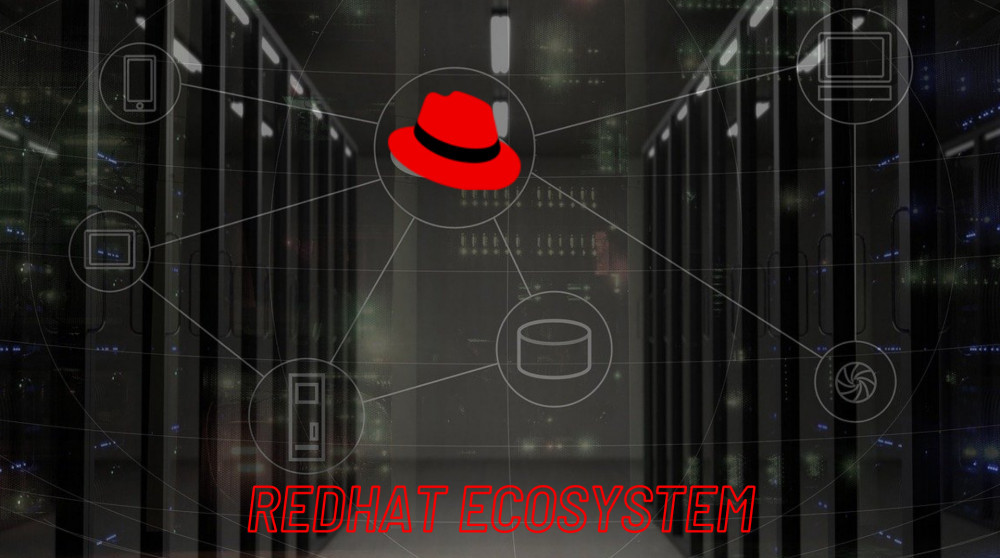 RHEL is the leader in Linux-based server operating systems. Big enterprises choose Red Hat as the strategic provider of their operating system infrastructure is because Red Hat Enterprise Linux is a more stable and secure OS and gives developers the ability to use the latest packages and tools.

A Red Hat subscription provides the latest enterprise-ready software from Red Hat, expert knowledge, product security, and technical support from trusted engineers. Below we showcase some most important benefits of using an RHEL subscription…

2. Unlike other proprietary software licenses, Red Hat subscriptions apply to the entire life cycle of the product through all its versions. This means when you upgrade your system you don’t have to pay extra and also get all the latest features and tools.

But before doing in-place upgrades you should open a support case to describe your specific use case so that Red Hat support engineers may provide specific guidance for a smooth upgrade experience.

6. RHEL allows live kernel patching, avoiding the need for a system reboot. Red Hat Enterprise Linux 7.2, and later versions, offer kernel patches for Premium Subscriptions. You have to book a case and they provided you a patch that will be supported for 30 days.

7. You have the access to all Red Hat Enterprise Linux documentation, including release notes, installation, migration planning, system admin, virtualization, developer, and security-related information at any point in time.

If you have any queries, you may discuss topics with other Red Hat Enterprise Linux users in the community forum or raise a support case for a technical support engineer for a more formal response.

8. You have the access to all Red Hat Customer Portal Labs: Red Hat engineers have developed a set of tools to help customers use Red Hat products to their full potential. You will find more than 60 labs from configuration to deployment to troubleshooting to security.

9. RHEL has a broad ecosystem of supported hardware platforms and ISVs. Red Hat engineers collaborate with a global ecosystem of partners to test, support, and certify third-party solutions to perform with Red Hat technologies.

10. Along with an enterprise-grade operating system, several additional utilities and features are included in the Red Hat Enterprise Linux. Some of them are…

Red Hat Enterprise Linux is built from open-source components. The kernel itself and the supporting software are all open sources. However, Red Hat has built infrastructure, support, and a suite of services to made RHEL which was their commercial product.

To use RHEL and all the other tools and services, you have to purchase a subscription from Red Hat but for testing purposes, you can try their operating system free for 60 days.

While the software itself is open source, you’re not allowed to use it in production unless you’re paying for it. As a user, you are unable to use, modify or distribute Red Hat Enterprise Linux like any other open-source software.

The code may be open, but with a lack of freedom. So according to the ideology of open source software, Red Hat is not open source.

Note: If you’re looking for a truly open source enterprise Linux, the most mainstream resource bound by the terms of GPL is CentOS. The code of CentOS is identical to Red Hat and it is completely free to distribute.

You Always Have the Two Option!

Earlier when Linux distributions are becoming so popular at that time Red Hat started its journey with the name Red Hat Linux.

The growth and reliability make it so popular that people are unable to differentiate the two Red Hat and Linux and often
labeled Red Hat as free software.

But later in 2003, Red Hat Enterprise Linux came specially for the Enterprise market and started to sell services for the first time. And on the other hand, Red Hat merged with the Fedora Linux community and sponsored their Fedora project, which was basically an open-source offering from a community-backed by Red Hat.

So from the beginning, they made it very clear for enterprise use you have RHEL, and for personal use and testing purposes you have Fedora.

If you want to know more about the Fedora Operating system, there is a whole article about this topic. So just Click here to know more. And if this article helps you knowing something about Red Hat Enterprise Linux then share it with your friends and don’t forget to give your feedback.